Extending our hands to help someone 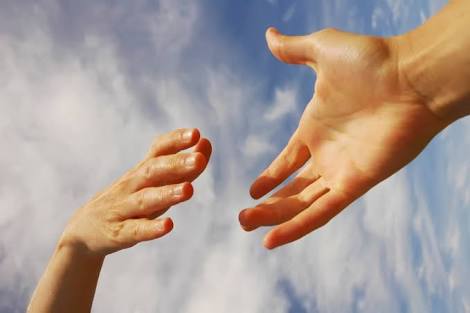 It was an ordinary weekend for Verma family. Since it was a rainy day, visit to the nearest shopping mall was the most viable alternative for the entire family. Even otherwise, it is the only option that often gets the affirmation from younger lot. There is just so much temptation to spend both in terms of time and money. Everyone is spoilt for choices. Even the Greatest kings of their times could never dream of having so many options to choose from. That means we all are literally living our life king size. Aren’t we?

After having a full day of blast in the mall, Verma family was returning home in their hatchback. It was almost eleven in the night. The drizzle that was consistent throughout the day too seems to have gone for some rest. The madness and cacophony associated with that stretch of the road was simply missing at that late hour.

It was very pleasant outside, Neha and Varun were looking outside the window. Right at the corner of that traffic signal Varun saw Ramesh, the son of their society’s watchman Jeetan studying under street lights. Varun was pretty sure about his identity as Ramesh as he was instrumental in winning quite a few football matches for Varun’s team, whenever Ramesh’s father used to bring him occasionally to the society. But for some reason he stopped coming.

The young impressionist mind of Varun was flooded with all sorts of queries. The entire night he was restless. That’s the reason why he completely forgot to even open his latest X-box that he bought so enthusiastically. The next morning when Jeetan, father of Ramesh reported to his duty, Varun dragged his father to ask him about Ramesh.

Jeetan was a bit unprepared for this sudden interrogation. So he took some time before sharing the story of Ramesh with them. He told that Ramesh is not his real son. He was adopted by him when Ramesh’s parents got killed during a devastating earthquake. Despite not having any kids of his own, it was quite an herculean task to somehow convince his wife about this adoption. Even his parents and in laws were not in favour.

After initial period of resistance from his wife, the addictive innocence of Ramesh managed to cast a magical spell around her. The unconditional love showered by Ramesh on her wife was equally reciprocated by her. This happiness in his family was compounded further by the news of his wife being pregnant.

But this long awaited happiness didn’t last long as his wife couldn’t survive while giving berth to their child. To raise an infant without mother proved to be an impossible task for Jeetan, so he was left with no choice but to marry again for the sake of his two kids, especially the younger one.

Jeetan’s new wife could never fill the void left by his first wife. Although she always tried her best to belie that image of a typical stepmother, but her behaviour could never be in consonance with her avowed intention. And as a result young Ramesh was always at the receiving end from his new mother.

This was the second incident in the last six months that Ramesh was evicted from his own home on the behest of his new mother. Jeetan was helpless in dropping him at shelter home though with a very heavy heart.

Academically Ramesh was just about average but when it came to football, his skill set belied his young age. He was captain of his school under 13 team while he himself was just 10 years old. His coach was all praise for his work ethics and dedication. And in his coach’s words “Ramesh has all the potential to become one of the best.”

Now my dear friends please do tell me, if you were to help this kid Ramesh, how would you extend him your helping hand? There are no textbook answers to all the difficult questions that our life throws at us. So please leave your valuable inputs in comments section and be very realistic, without denying the fact that we all are living our life within the constraints of so many self limiting beliefs.

The entire purpose of this exercise is to just make ourselves more aware of our own circle of influence. Because we seem to be so preoccupied with our own stupid problems and so called challenges that we simply fail to spot an opportunity to extend our helping hands to those who need it the most. 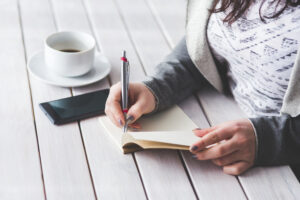 Love, Hate & Everything Worth in Between 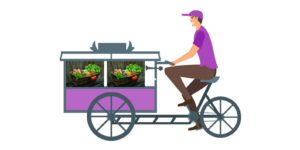